Women Get the Vote! 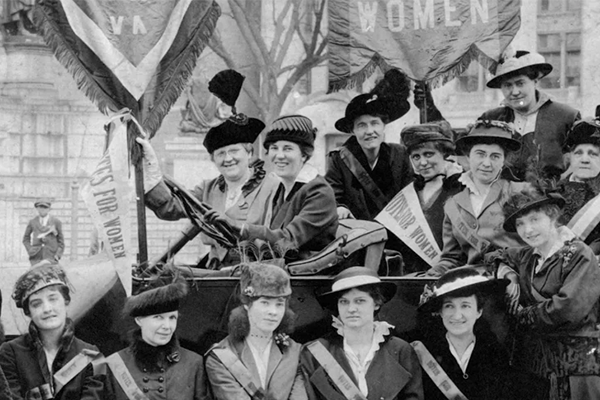 Women had been pressuring Congress to vote on an amendment that would recognize their suffrage rights (rights to vote in political elections) by the 1870’s. Finally, Congress passed the amendment in June, 1919. However, at least 36 states had to ratify it (vote in favor of it) for it to become law. On August 18, 1920, Tennessee became the 36th state to ratify the 19th Amendment, also known as the Susan B. Anthony Amendment.

Tennessee had not come to a hasty decision. The vote was tied and tabled twice. At last, Henry Burn, a 24-year-old legislator in the House of Representatives, voted for the amendment and broke the tie. He originally had been for suffrage for women, but began to side with anti-suffragists. However, his mother Phoebe (Febb) Burn persuaded him to vote for suffrage and he had her letter in his pocket during the vote.

On September 14, 1920, Connecticut became the 37th state to ratify the amendment. This removed all doubt on the validity of the amendment.