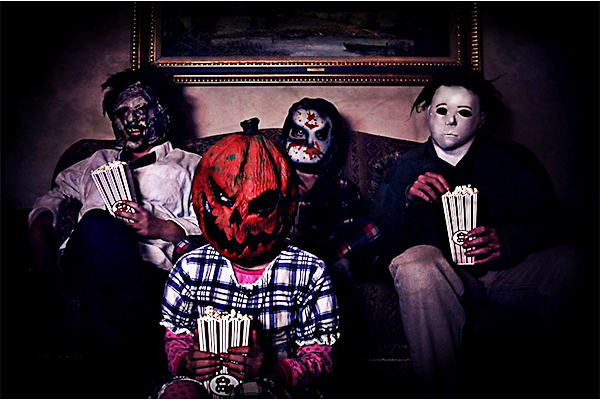 With Halloween around the corner, I can’t get enough of all the great scary movies there are. Horror movies have always been a personal favorite of mine, especially those listed here. These are just a few that we have in our collection, and they are included in the list of top 100 highly rated movies on Rotten Tomatoes. Enjoy the spooky season!

A young black man meets his white girlfriend’s parents at their estate, only to find out that the situation is much more sinister than it appears.

When the matriarch of the Graham family passes away, her daughter’s family begins to unravel cryptic and increasingly terrifying secrets about their ancestry.

A group of bullied kids band together when a monster, taking the appearance of a clown, begins hunting children.

After a family tragedy, a young American couple joins some friends at a midsummer festival in a remote Swedish village. What begins as a carefree summer holiday takes a sinister turn when the insular villagers invite their guests to partake in festivities that grow increasingly unnerving and viscerally disturbing.

In 1963, six-year-old Michael Myers brutally killed his older sister. The silent child was incarcerated in the Smith’s Grove Sanitarium under the care of psychiatrist Sam Loomis. Michael’s hometown of Haddonfield was slowly beginning to forget the tragic crime. That is until Loomis returns to the town to warn them of Myers’ escape from Smith’s Grove. With Michael set on killing a group of high school students, Loomis gets the hesitant town sheriff to help him stop Michael before it’s too late.