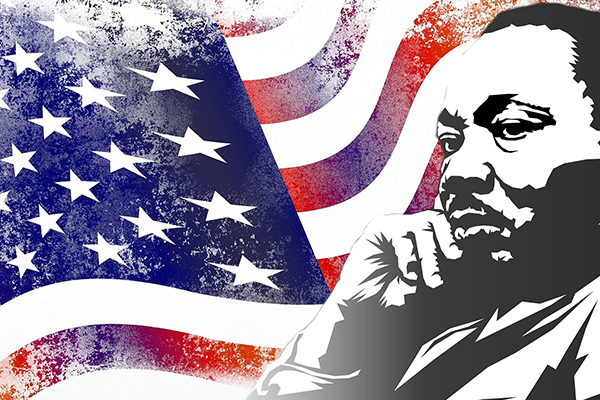 This year has been difficult for many reasons. Recent events have amplified issues of social injustice that have been around for years. With this, a lot of difficult conversations are happening.

We have curated some tools to aid the conversations already happening in our community. While the resources listed below have suggested age groups due to content and difficulty, every single one of these is a valuable resource that can be read by anyone.

How to Be an Antiracist by Ibram X. Kendi

Kendi draws on ethics, history, law, and science, and personal narrative to consider what an antiracist society might look like. Not colorblind, not nonracist, but antiracist. Also available as an eAudiobook.

White fragility: Why It’s So Hard for White People to Talk About Racism by Robin J. DiAngelo

Referring to the defensive moves that white people make when challenged racially, white fragility is characterized by emotions such as anger, fear, and guilt, and by behaviors including argumentation and silence. DiAngelo explores how white fragility develops, how it protects racial inequality, and what we can do to engage more constructively.

When They Call You a Terrorist: A Black Lives Matter Memoir by Patrisse Khan-Cullors

A memoir by the co-founder of the Black Lives Matter movement explains the movement’s position of love, humanity, and justice, challenging perspectives that have negatively labeled the movement’s activists while calling for essential political changes. Also available as an eAudiobook.

Talking about race is a difficult topic even for adults, so how are we supposed to talk to our kids about it? This book gives advice for approaching this topic in ways that will get your child thinking and understanding no matter how old they are.

Between the World and Me by Ta-Nehisi Coates

Written as a series of essays to the author’s son, this book pivots from the biggest questions about American history and ideals to the most intimate concerns of a black father for his son. It illuminates the past, bracingly confronts our present, and offers a transcendent vision for a way forward. Also available in large print, book on CD, eBook, and eAudiobook.

Stamped–Racism, Antiracism, and You: A Remix of the National Book Award-winning Stamped from the Beginning by Jason Reynolds and Ibram X. Kendi.

This book reveals the history of racist ideas in America and inspires hope for an antiracist future. It also proves that while racist ideas have always been easy to fabricate and distribute, they can also be discredited. Also available as an eBook. This is a young adult version of the National Book Award-winning “Stamped from the Beginning” by Ibram X. Kendi.

This Book Is Anti-Racist: 20 Lessons on How To Wake Up, Take Action, and Do the Work by Tiffany Jewell

This book is an interactive guide that discusses social identities, describes the history of racism and the resistance against it, and offers guidance on becoming an anti-racist voice to move the world toward equality.

This book looks at the shootings that touched off passionate protests, the work of activists to bring about a more just legal system, and the tensions in US society that these events have brought to light. This 2016 book is as relevant as ever as it thoroughly examines these incidents and the viewpoints surrounding them.

The Hate You Give by Angie Thomas

Sixteen-year-old Starr Carter moves between two worlds: the poor neighborhood where she lives and the fancy mostly-white suburban prep school she attends. When Starr witnesses her childhood best friend shot by police after being pulled over, his death makes national headlines and Starr is caught in the middle. Also available as an eBook, eAudiobook, playaway, and DVD.

Writing letters to the late Dr. Martin Luther King Jr., seventeen-year-old college-bound Justyce McAllister struggles to face the reality of race relations today and how they are shaping him. Also available as an eBook and eAudiobook.

The Day You Begin by Jacqueline Woodson

This book reminds us that we all feel like outsiders sometimes-and how brave it is that we go forth anyway. And that sometimes, when we reach out and begin to share our stories, others will be happy to meet us halfway.

To Marisol, “opposites” make a lot of sense. She has red hair and brown skin, loves polka dots and stripes, and eats peanut butter and jelly burritos. Should this Peruvian-Scottish-American girl have to choose one identity over the other? A bilingual affirmation of everyone’s right to not “choose.” Also available in Spanish.

This book introduces the concept of race as only one component in an individual’s or nation’s “story” and asks readers to consider what really makes someone who they are.

If You’re Going to March by Martha Freeman

Inspired by author Martha Freeman’s own experiences, this book acts as a kid-friendly guide to going to peaceful protests.

Can I Touch Your Hair?: Poems of Race, Mistakes, and Friendship by Irene Latham

Two poets, one white and one black, explore race and childhood in this collection tailored to provoke thought and conversation. Also available in eBook and eAudiobook.