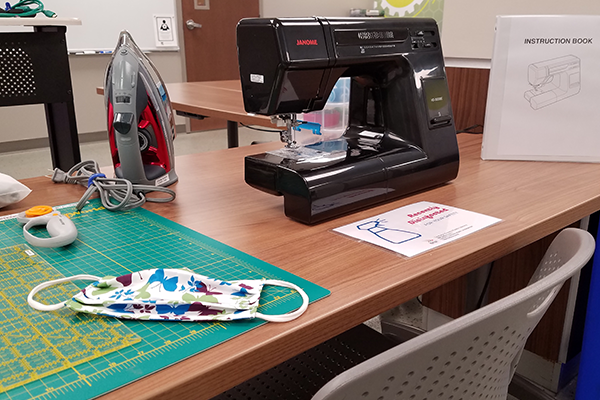 “Sew it seams we should take time to honor the history of sewing and all those who enjoy sewing!”*

Sewing is actually an ancient skill hailing from the Stone Age when fur and skin clothing were stitched together with bone, antler, or ivory needles. However, today we typically think of the sewing machine which was invented in the late 18th century by an Englishman named Thomas Saint. His version was made from wood and eventually paved the way for better mechanical machines that led to the mass production of clothing and many other items from tents to bags and parachutes.

We know sewing is still a popular skill for both hobbies, clothing creation, and other projects. That’s why we’re excited to share with you that the Maker Lab at the Main Library in downtown La Porte now has 4 Janome HD-3000 sewing machines along with basic tools available for customer use. Become an Official Maker and reserve the Lab to get started.

Let’s celebrate National Sewing Month! Sign up for one of four sessions of this month’s sewing class, Sew a Zipper Pouch. Together we’ll unravel the mysteries of installing a zipper, as well as using fusible fleece and creating a lining to make a handy 8-inch pouch. 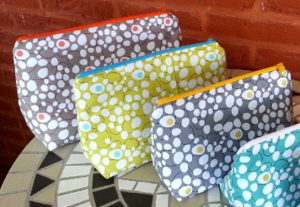