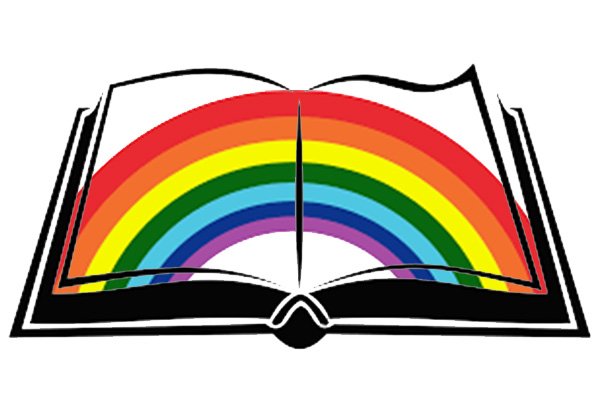 If you’re anything like me, you can’t get enough of all of the LGBTQ+ representation in today’s books. There are a multitude of books being published every year with characters that are part of the LGBTQ+ community. Even though Pride Month is coming to a close, that doesn’t mean that you have to stop reading these books. The following titles are available all year round either at the library or as an ebook.

The books with asterisks following the author indicate that it is an ‘own voices’ title. This means that the author is part of the LGBTQ+ community and is writing based on their own experiences or from their own perspective.

I Wish You All the Best by Mason Deaver*
When Ben De Backer comes out to their parents as nonbinary, they’re thrown out of their house and forced to move in with their estranged older sister, Hannah, and her husband, Thomas, whom Ben has never even met.

One Last Stop by Casey McQuiston*
For cynical twenty-three-year-old August, moving to New York City is supposed to prove her right. But then, there’s this gorgeous girl on the train. Jane.August’s subway crush becomes the best part of her day, but pretty soon, she discovers there’s one big problem: Jane doesn’t just look like an old school punk rocker. She’s literally displaced in time from the 1970s.

Aristotle and Dante Discover the Secrets of the Universe by Benjamin Alire Sáenz*
Aristotle is an angry teen with a brother in prison. Dante is a know-it-all who has an unusual way of looking at the world. And it is through this friendship that Ari and Dante will learn the most important truths about themselves and the kind of people they want to be.

Music from Another World by Robin Talley*
Sharon and Tammy must rely on their long-distance friendship to discover their deeply personal truths, what they’ll stand for…and who they’ll rise against.

Felix Ever After by Kacen Callender*
Felix Love has never been in love–and, yes, he’s painfully aware of the irony. He desperately wants to know what it’s like and why it seems so easy for everyone but him to find someone. Felix also secretly fears that he’s one marginalization too many–Black, queer, and transgender–to ever get his own

We Were Promised Spotlights by Lindsay Sproul*
Taylor Garland’s good looks have earned her the admiration of everyone in her small town. She’s homecoming queen, the life of every party, and she’s on every boy’s most-wanted list. Also? She’s completely in love with her best friend, Susan.

Carry On by Rainbow Rowell
Carry On is a ghost story, a love story, and a mystery. It has just as much kissing and talking as you’d expect from a Rainbow Rowell novel — but far, far more monsters.

Something to Talk About by Meryl Wilsner*
Hollywood powerhouse Jo is photographed making her assistant Emma laugh on the red carpet, and just like that, the tabloids declare them a couple. The so-called scandal couldn’t come at a worse time–threatening Emma’s promotion and Jo’s new movie.

You Should See Me in a Crown by Leah Johnson*
Liz Lighty has always believed she’s too black, too poor, too awkward to shine in her small, rich, prom-obsessed midwestern town. Will falling for the competition keep Liz from her dreams . . . or make them come true?

Only Mostly Devastated by Sophie Gonzales
Will Tavares is the dream summer fling–he’s fun, affectionate, kind–but just when Ollie thinks he’s found his Happily Ever After, summer vacation ends and Will stops texting Ollie back. Now Ollie is one prince short of his fairytale ending, and to complicate the fairytale further, a family emergency sees Ollie uprooted and enrolled at a new school across the country.