Lord of the Rings at the Library 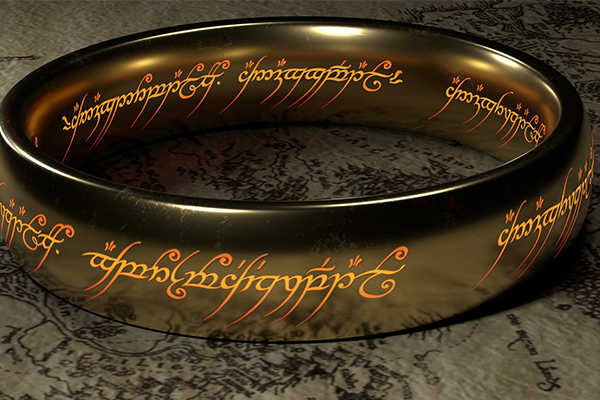 The Lord of the Rings books and movies are legendary. You can’t have a conversation about high fantasy series without mentioning them, and any adaptations of J.R.R. Tolkien’s works draw a lot of attention. The upcoming series that Amazon is developing for release in 2022 isn’t going to be a retelling of Frodo and the Ring, but it will be covering events that take place long before the events of Fellowship of the Ring and even the Hobbit.

In other words, if you can’t get enough of Middle Earth, there’s plenty to keep you busy, and you can find it all for free at LPCPL!

The Hobbit was written as a children’s book and is much shorter than some of Tolkien’s works aimed at adults. It follows a hobbit named Bilbo Baggins as he goes on an adventure with 14 dwarves and Gandalf the Grey. The movies follow this plot over the course of 3 movies.

The Lord of the Rings Trilogy

The Lord of the Rings trilogy follows Frodo and his companions as they journey to destroy the evil ring of power and the ring’s creator, Sauron. Many fans got introduced to the series with the early 2000s movies directed by Peter Jackson. However, many fans also start with the books, and you really can’t go wrong either way as they are both very well loved.

Books in order: The Fellowship of the Ring, The Two Towers, and The Return of the King.

We also have all of the books on CD, ebooks, and eaudiobooks.

Movies: The Fellowship of the Ring, The Two Towers, and The Return of the King

The Silmarillion is a compilation of history and legends of the world that the Lord of the Rings takes place in. It was published in 1977 from Tolkien’s notes and unpublished stories after his death. All 12 volumes of the History of Middle Earth, histories expanding on the stories in the 1977 Silmarillion are also available at LPCPL in print form.

Understanding the Lord of the Rings: The Best of Tolkien Criticism

Not only is Lord of the Rings a foundational fantasy series, it is also a well respected literary classic. Here you can read the best literary analysis of Tolkien’s writing.

This handbook is the one-stop shop for everything Tolkien and Lord of the Rings. Written in dictionary format, this book includes all the major places, characters, and other things of importance within the books. It also covers sections on the author’s life, influences and beliefs.

This 2019 biopic looks at the early life of J.R.R. Tolkien, from his college days bonding with other writers and artists, to courting his wife, to enlisting in World War I and his experience on the frontlines.

Master of the Rings: The Story of J.R.R. Tolkien

Learn more about the man who created the Lord of the Rings with this DVD exploring Tolkien’s life, including his experiences in World War I.