Here Comes the Sun: Shedding Light on the Summer Solstice 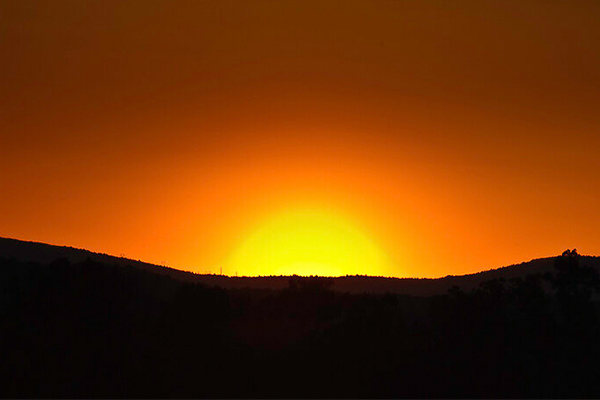 “Thy eternal summer shall not fade.”

So what is a solstice, exactly?

The word solstice comes from the Latin words sol (sun) and stitium (still or stopped) to indicate that the Sun appears to stop moving in the sky as it reaches the most northern or southern point for the year.1

Is the summer solstice the first day of summer?

Yes and no. In the Northern Hemisphere, the June or summer solstice occurs when the Sun reaches its highest point in the sky, marking the start of astrological summer. Meteorological summer starts on June 1, but you can follow whichever interpretation of the season beginning you like best!

When does it happen?

In 2021, the June solstice happens on Sunday, June 20, at 10:32 P.M. CST. (Also Father’s Day!) The solstice won’t always happen on the same day though. The date and time depends on when the Sun reaches its highest point in the sky. In the Northern Hemisphere, the date currently shifts between June 20, 21, and 22.1

Is the solstice the longest day of the year?

Yes! As spring ends and summer begins, the period of sunlight each day lengthens to the longest on the solstice, but only in the Northern Hemisphere. South of the equator, it’s the shortest daylight hours of the year and they are about to enter winter.

The further north or south from the equator that you go, the more dramatic the amount of daylight. Right near the equator, there are only a few additional or less minutes of daylight; near the poles, there are almost 24 hours of sunlight or darkness.

Why isn’t the summer solstice also the hottest day?

The water on Earth takes a while to warm up after a long winter. Even in mid-June, ice and snow still cover the ground in some places. The sun has to melt the ice and warm the oceans, then we feel the summer heat in late July or August, depending on location above or below the equator. This delayed effect is called seasonal temperature lag. It’s the same reason it’s hotter mid-afternoon than at high noon and it’s often colder in February than in December.1

Many countries celebrate a solstice holiday known as Midsummer’s Day on June 24. This day marks the midpoint of the growing season. The evening prior is Midsummer’s Eve. Now we know what day the famous Shakespeare play occurred!

So what’s with the bonfires?

Fire is used throughout summer solstice celebrations across the globe in praise of the sun, to bring luck, and to ward off the darkness or evil spirits who roam freely after the sun sets. Some cultures burn idols or figures of witches made of straw and cloth on the fires, as it is believed that witches gather on the night of the solstice and burning figures will send the witches away.

Bonfires and jumping over bonfire flames are popular in many countries across the world. In Spain and Austria, ritual beacons are lit up in the mountains.2

How can I celebrate?

I’m sure many people know of the Swedish tradition of dancing around a maypole, but here are some simple ways you can welcome the summer solstice: