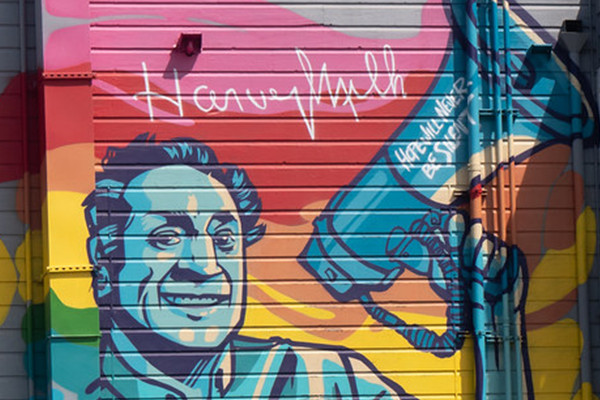 Harvey Milk Day is celebrated every year on May 22nd to honor the life of gay rights activist Harvey Milk. Milk was born May 22, 1930 in Woodmere, New York. In 1972, he moved to San Francisco where he began getting involved in politics. He became the first openly gay man to be elected to California public office in 1977. While serving as city supervisor, Milk sponsored a bill that banned discrimination in housing, employment, and public accommodations on the basis of sexual orientation.1 His term in office was tragically cut short when he was assassinated by his former colleague Dan White on November 27, 1978, after serving just 11 months in office.

Harvey Milk didn’t need long in office to make changes in the world. Several acclaimed films have shared his story, including 1982’s The Mayor of Castro Street and 2008’s Milk. Milk was posthumously awarded the Presidential Medal of Freedom in 2009. That same year, Harvey Milk Day was officially recognized by the California government, and is celebrated in public schools as a day of learning.   He continues to be an inspiration to many, including myself, many years after his death.

Pride: The Story of Harvey Milk and the Rainbow Flag written by Rob Sanders

Who Was Harvey Milk?  written by Corinne Grinapol