Five Titles for Fans of the Dresden Files 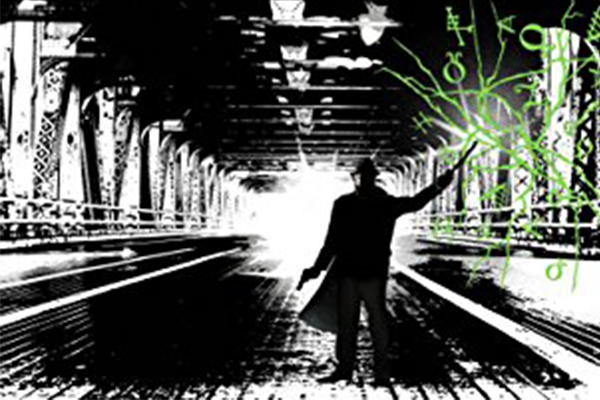 2020 was an eventful year for Dresden Files fans, with not one, but two separate novel installments after years of radio silence from the author. After such a wild ride as those two novels were, fans might be left wondering “what next?”

For fans who are hungry for urban fantasy noir, we’ve compiled the following list of the most popular titles similar to The Dresden Files.

Chicago, 1932. Mick Oberon may look like just another private detective, but beneath the fedora and the overcoat, he’s got pointy ears and he’s packing a wand.

Oberon’s used to solving supernatural crimes, but the latest one’s extra weird. A mobster’s daughter was kidnapped sixteen years ago, replaced with a changeling, and Mick’s been hired to find the real child. He’ll have to wade through Fae politics and mob power struggles to find the kidnapper – and of course it’s the last person he expected.

Rosemary and Rue by Seanan McGuire

The world of Faerie never disappeared; it merely went into hiding, continuing to exist parallel to our own. Secrecy is the key to Faerie’s survival—but no secret can be kept forever, and when the fae and mortal worlds collide, changelings are born.

Outsiders from birth, these half-human, half-fae children spend their lives fighting for the respect of their immortal relations. Or, in the case of October “Toby” Daye, rejecting it completely. After getting burned by both sides of her heritage, Toby has denied the fae world, retreating into a “normal” life. Unfortunately for her, Faerie has other ideas.

Harper Blaine was your average small-time P.I. until a two-bit perp’s savage assault left her dead for two minutes. When she comes to in the hospital, she sees things that can only be described as weird—shapes emerging from a foggy grey mist, snarling teeth, creatures roaring.

But Harper’s not crazy. Her “death” has made her a Greywalker— able to move between the human world and the mysterious cross-over zone where things that go bump in the night exist. And her new gift is about to drag her into that strange new realm—whether she likes it or not.

Probationary Constable Peter Grant dreams of being a detective in London’s Metropolitan Police. Too bad his superior plans to assign him to the Case Progression Unit, where the biggest threat he’ll face is a paper cut. Peter’s ability to speak with the lingering dead brings him to the attention of Detective Chief Inspector Thomas Nightingale, who investigates crimes involving magic and other manifestations of the uncanny. Now, as a wave of brutal and bizarre murders engulfs the city, Peter is plunged into a world where gods and goddesses mingle with mortals and a long-dead evil is making a comeback on a rising tide of magic.

Al MacBharrais is both blessed and cursed. He can cast spells with magically enchanted ink and he uses his gifts to protect our world from rogue minions of various pantheons, especially the Fae. But he is also cursed. Anyone who hears his voice will begin to feel an inexplicable hatred for Al, so he can only communicate through the written word or speech apps. And his apprentices keep dying in peculiar freak accidents. As his personal life crumbles around him, he devotes his life to his work, all the while trying to crack the secret of his curse.