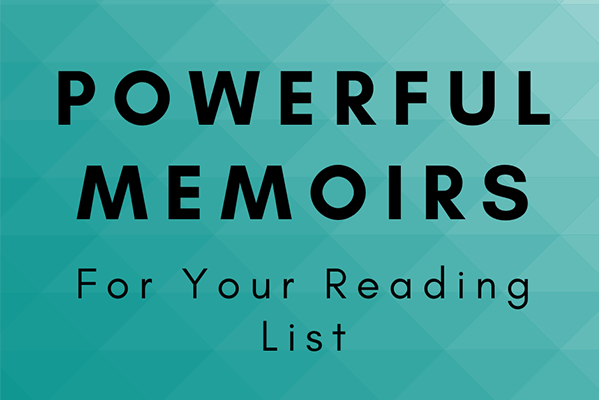 A memoir can be one of the most powerful books that you can read. They allow you to gain a new perspective on a subject you may not have even thought of before. They can take you on a journey that you could never dream of. A good memoir can change your view on life. These in the following list are no exception. Check them out at the library today!

When seven-year-old Qian arrives in New York City in 1994 full of curiosity, she is overwhelmed by crushing fear and scarcity. In China, Qian’s parents were professors; in America, her family is “illegal” and it will require all the determination and small joys they can muster to survive. Inhabiting her childhood perspective with exquisite lyric clarity and unforgettable charm and strength, Qian Julie Wang has penned an essential American story about a family fracturing under the weight of invisibility, and a girl coming of age in the shadows, who never stops seeking the light.

Know My Name by Chanel Miller

She was known to the world as Emily Doe when she stunned millions with a letter. Brock Turner had been sentenced to just six months in county jail after he was found sexually assaulting her on Stanford’s campus. Now she reclaims her identity to tell her story of trauma, transcendence, and the power of words. Entwining pain, resilience, and humor, this memoir will stand as a modern classic.

Unprotected: A Memoir by Billy Porter

Billy Porter’s Unprotected is the life story of a singular artist and survivor in his own words. It is the story of a boy whose talent and courage opened doors for him, but only a crack. It is the story of a teenager discovering himself, learning his voice and his craft amidst deep trauma. And it is the story of a young man whose unbreakable determination led him through countless hard times to where he is now; a proud icon who refuses to back down or hide. Porter is a multi-talented, multifaceted treasure at the top of his game, and Unprotected is a resonant, inspirational story of trauma and healing, shot through with his singular voice.

Live Your Life: My Story of Loving and Losing Nick Cordero by Amanda Kloots

Amanda Kloots bravely reflects on love, loss, and life with her husband, Broadway star, and Tony Award nominee Nick Cordero, whose public battle with COVID-19 and tragic death made headlines around the world. Live Your Life is the story of Nick and Amanda’s life together–of their beautiful relationship, of Nick’s dramatic fight for survival, of those sudden tragic months that permanently changed her world and ours–and of their interrupted future as a family.

Save Yourself  by Cameron Esposito

Save Yourself is full of funny and insightful recollections about everything from coming out (at a Catholic college where sexual orientation wasn’t in the nondiscrimination policy) to how joining the circus can help you become a better comic (so much nudity) to accepting yourself for who you are-even if you’re, say, a bowl cut-sporting, bespectacled, gender-nonconforming child with an eye patch (which Cameron was). Packed with heart, humor, and cringeworthy stories anyone who has gone through puberty, fallen in love, started a career, or had period sex in Rome can relate to, Cameron’s memoir is for that timid, fenced-in kid in all of us-and the fearless stand-up yearning to break free.