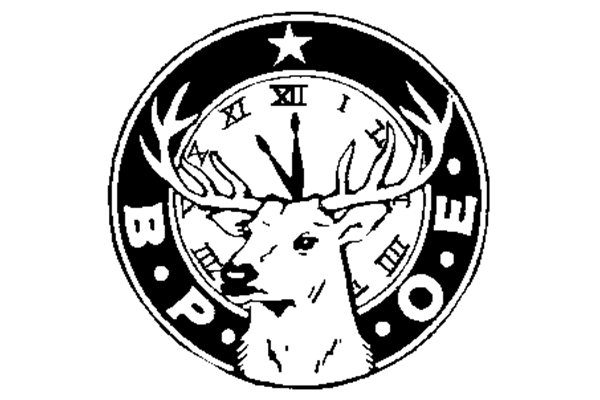 Building Committee of the Fraternity Makes the Deal, Which Was Consummated This Morning

Will Occupy It When the New Library Is Ready for Occupancy

That the La Porte Lodge of Elks will have a permanent home developed this morning when the building committee composed of N. H. Low, W. A. Jones, E. Gildersleeve, Gus Davison, and Roy L. Sonneborn purchased the present public library building on Maple Avenue. The sale was made by the board of education and the $8,500 derived by the closing of the deal will go to make up the $10,000 which will be added to the Carnegie building fund for the erection of the new library structure at the corner of Indiana and Maple avenues, work on the construction of which is to be put underway within a few weeks.

The Elks have had the new home proposition under consideration for some time. The purchase of the Maple avenue property is the realization of their dream. It will not be occupied, however, until after remodeling takes place and an exhaustive report of what must be done to make the building complete in its appointments will be forthcoming in due time. It is likely an architect will be employed at an early date to make the recommendations for remodeling upon which the lodge and building committee will act.

A number of city fraternities, it is said, will negotiate for the rental of the quarters which the Elks now occupy.

M.R. Sutherland, president of the board of education has received word from the Carnegie Corporation to the effect that the revised plans which were recently sent in for inspection were satisfactory. However, a number of details will have to be attended to before construction work can be started. It is necessary that the mayor and city clerk sign pledges that the city will first expend $10,000 which will be allowed to add to the gift of $27,500 by the Carnegie Corporation. The pledge of the city council for an annuity of 10 percent of the total cost for the upkeep of the institution has already been sent to the Carnegie people by Mr. Sutherland. An extension of time in which to erect the new structure, the Carnegie corporation having fixed April 1, next year, as the time limit at the time the donation was made, has been asked, but no answer has been received. The requests of the corporation will be granted by the school board immediately and the pledges asked for will be sent them.