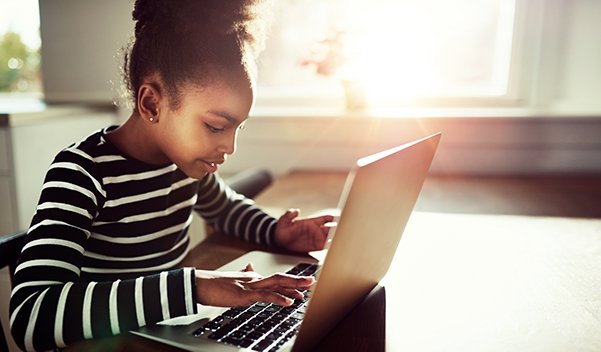 Computer Science Education Week (CSEW) is an annual event that inspires K-12 students to learn computer science. The event also advocates for equity and celebrates the contributions of students, teachers, and partners in the field.

What does the theme #CSEverywhere mean?

The 2021 program is rallied around a group of Computer Science Engineers who are fueling social, economic, and cultural change in many different industries. They’re creating apps for NASA, applying laser technology in the fashion industry, utilizing digital tools to preserve native languages, and more! The goal of #CSEverywhere is to show the impact that computer science has in different subjects, industries, and career paths.

When did it start?

CSEW began December 6th, 2009 when a professor at Calvin College in Grand Rapids, Michigan observed that fewer students were pursuing computer science. Perhaps access to smartphones, cheap LED tvs, and relatively tiny digital cameras made people think that we had reached the pinnacle of tech. Not even close.

Foreseeing the need to capture the interest of future innovators, a coalition of tech and science organizations took on promoting computer science and encouraging legislators to get involved.

By providing engaging activities to K-12 educators, CSEW has grown from reaching 15 million students in 2013 to reaching 100 million students in 2015. Not only did CSEW help kids get excited about computer science, lawmakers saw the value and took action. As of the 2016-17 school year, Indiana schools include computer science standards among traditional science standards.

If you’ve ever heard someone say that there’s a ‘bug’ in a program, that phrase came from the time Grace Hopper discovered an actual moth trapped in the equipment she was developing. To learn more about this revolutionary woman, LPCPL has several titles including this delightful picture book: Grace Hopper: Queen of Computer Code

Women have been leading the charge in computer science education going all the way back to the 1830s. Ada Lovelace Cracks The Code is an easy to read chapter book that follows the life of what some consider to be the inventor of computer programming, Ada Lovelace. Daughter of poet Lord Byron, Lovelace combined her love of mathematics with the creativity and whimsy of poetry to invent flying machines and the computation machine.

Girls Who Code: Learn to Code and Change the World is an empowering and informative book by Reshma Saujani, founder and CEO of Girls Who Code. Saujani spoke at the 2018 Sinai Forum at Purdue University Northwest about her herculean efforts to close the gender gap in the technology industry. Since its inception, her non-profit has caused a significant increase in female representation in tech.

Coding basics are explained adorably in this series of books by Caroline Karanja. Each connects complicated computer science concepts to everyday activities, giving the “language” of computer code a little less mystery.

Most of the K-12 education workforce is female, and Code.org is the most widespread and inclusive resource for teaching computer science in schools. Code.org is a free program that has championed The Hour of Code as an annual event during CSEW. They offer FREE computer science education using fun, interactive activities and challenges appropriate for pre-readers to advanced Java programming.

To get caught up on the basics of any science, the Big Fat Notebook series is really easy to read and has clear illustrations of concepts.

Whether you’re an ace or anxious about computer science, LPCPL recently acquired access to the vast educational resources available on LinkedIN Learning. There you will find tutorial videos for just about anything you want to learn.

How is LPCPL going to participate in CSEW?

It’s gonna get loud: Join us in celebrating Computer Science Education Week with three music-themed classes. We will be using some of the computer science kits that are available in each of the branch Maker Carts. Join us at all three!

Monday, December 6 4:00-5:30 at Coolspring Branch
Move! Computer Science Education Week
We will create and record music with the SpecDrums, and use Ozobots to choreograph a dance routine using LED sensors and Blockly programming.

Wednesday, December 8 4:00-5:30 at The Exchange
Mix! Computer Science Education Week
With the LittleBits: Synth Kit and SpecDrums, we will compose, perform, and mix original music.

Thursday, December 9 4:00-5:30 at Kingsford Heights Branch on the Mobile Classroom
Play! Computer Science Education Week
Don’t squish the piano! We will use the MakeyMakey kits to build a piano using play dough.

Julie is a former illustrator, graphic designer, naturalist, and art teacher. Current wife, mom, gardener, procrastinator, and tinkerer. Future Jeopardy! Champion and electric car owner. Among the Lego creations and abandoned origami projects, in her home is a ‘shrine’ dedicated to Kurt Vonnegut, Jr. books and memorabilia. Joining the Community Engagement team fulfills a life goal: get paid to learn and have fun doing it.