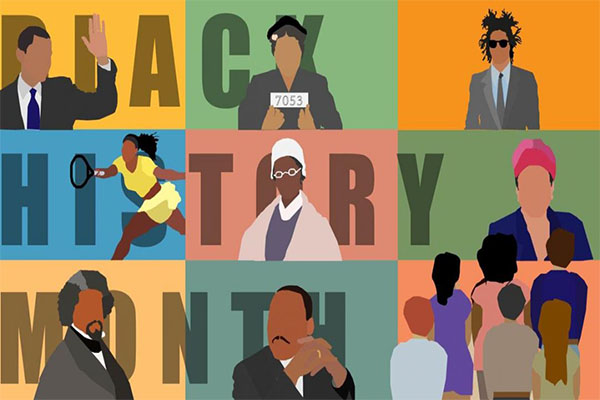 Black History Month honors the contributions of African Americans to U.S. history. Among prominent figures are George Washington Carver, who derived nearly 300 products from the peanut; Rosa Parks, who sparked the Montgomery Bus Boycott and galvanized the civil rights movement; Kamala Harris, who is the first African American/Asian American woman elected to be the Vice President of the United States; and Indiana’s own, Madam C.J. Walker, who was the first U.S. woman to become a self-made millionaire.

Here’s a sampling of the strong and heroic African Americans that have shaped our nation:

La Porte County Public Library is proud to offer a variety of materials honoring African Americans who have given so much of themselves to better our nation and world.

The US Census Bureau’s Facts for Features series offers invaluable facts based on the surveys they’ve collected on the African American population.

ProQuest is a database available through the library and offers a comprehensive collection of Black Freedom Struggles in the United States from the 1700s to contemporary times.

Kristi wants to live in a world filled with sea glass-covered beaches and Great Danes. As a professional with more than 6 years of marketing experience at the library, she’s been put to the test on a regular basis to create innovative and thoughtful marketing materials and campaigns. She is a big proponent for “Bring Your Dog To Work Day”, however, the administration doesn’t seem to be as enthusiastic.