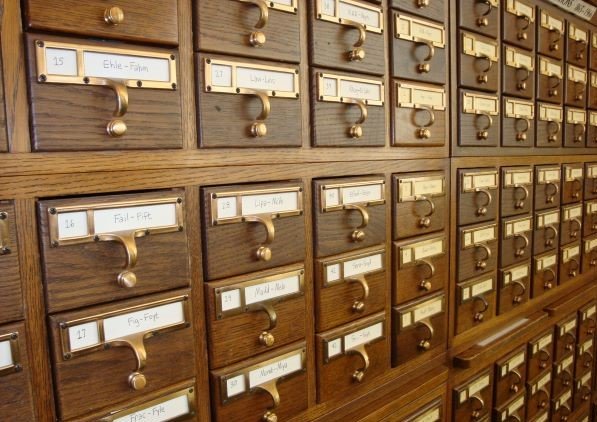 Dewey, less formally known as Melville Louis Kossuth Dewey, is the man behind the Dewey Decimal Classification (DDC) system. Seemingly always interested in simplifying things, he shortened his first name to Melvil, then dropped his middle names, and spelled his surname as Dui for a time.¹

Dewey was a supporter of greater employment of women in libraries. However, this praise is overshadowed by incidents, allegations, and lawsuits concerning predatory and racist behavior.²

Other things to note: Dewey co-founded and edited Library Journal, a trade publication for librarians,¹ and helped found the American Library Association in 1876, though he was asked to step down in 1905 due to the above behaviors.²

History of the DDS

Sir Francis Bacon’s classification of the sciences was a major source of inspiration for Dewey, as well as other library classification systems designed by William Torrey Harris and Natale Battezzati.¹

Although the actions of Dewey have by association tarnished the name of the classification system, it still provides a reliable and understandable scheme for finding materials. Since 1939, librarians including Dorothy Porter Wesley, a librarian at Howard University, have been working to decolonize the DDS and incorporate local classifications for materials of Indigenous peoples and works by Black authors.

Recently, the OCLC (Online Computer Library Center) began taking comments from all librarians about proposed changes to the DDS during research and cataloging discussions.

How does the DDS work?

Can you figure out what subject the following numbers are? Peruse the non-fiction shelves to find out!