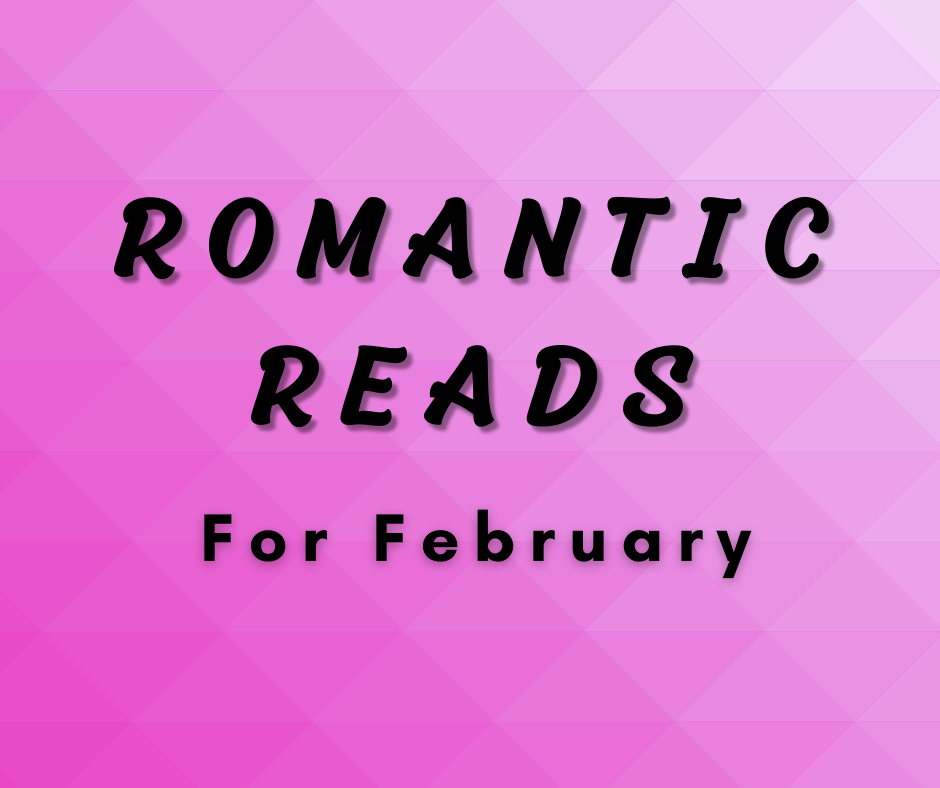 Tags: Romance
Romance is one of the most popular genres out there with something for everyone to love! Popular tropes include fake dating (turned real, of course), friends to lovers, enemies to lovers, forbidden love, and second chances at love! Celebrate Valentine’s Day all month (and year) long with these romance novels, available at LPCPL!

It Happened one Summer by Tessa Bailey

When Hollywood it-girl Piper lands herself in jail, her wealthy stepfather decides the best way to make her shape up is to send her to run her late father’s old dive bar in Washington state. There, she keeps running into Brendon, an annoyingly attractive fisherman who thinks she won’t last five minutes in the town. But Piper is determined to prove him wrong, and maybe to find true love along the way. This is also available as an ebook.

The Soulmate Equation by Christina Laurin

Single mom Jess decides to try out a hot new DNA-based matchmaking service. To everyone’s surprise, she matches 98% with the company’s founder, River, a man she can’t stand. But, the matchmaking service wants the publicity and will pay Jess to be seen in public with River, and she can’t afford to pass up the cash. Yet, as time goes by, their attraction to each other seems to grow. This is also available as an ebook.

Bestselling romance writer Eva and award winning author Shane are surprised when they bump into each other at a literary event in New York. Fifteen years ago they were madly in love with each other for a week and when it ended hearts were broken. When sparks start to fly again can they move past their history and find happiness? This is also available as an ebook and eaudiobook.

Romancing the Duke by Tessa Dare

Available as an ebook. The daughter of an acclaimed author, Isolde Ophelia Goodnight always thought she was destined for a storybook romance. But at 26 years old, practically a spinster by the standards of 19th century England, she has given up and resigned herself to a life alone. Then along came a duke, and suddenly it seems like she may have a shot at love after all. This is also available as an eaudiobook and in large print.

Widower Dr. Colton Lee asked for a bride to take care of his daughter, and not many women would brave the untamed Wyoming territory to marry a man they’ve never met. Still, he didn’t expect his bride-to-be to shoot him, even accidentally. Bold and independent Regan Carmichael is questioning the wisdom of her journey to the Western frontier, but she sees something in Dr. Colton that just might be better than she could’ve hoped for.

Something to Talk About by Meryl Wilsner

When actress turned showrunner Jo takes her assistant Emma to a Hollywood red-carpet premiere, all the tabloids assume they are dating. They’re not, and the rumors are wreaking havoc on their lives. But, maybe the paparazzi weren’t totally wrong, and the two women are just starting to realize it.

One Last Stop by Casey McQuiston

When self proclaimed cynic August meets a gorgeous girl on the train in her daily commute she is quickly smitten. But the mysterious Jane doesn’t just look like an old school punk- she is one. Jane is displaced in time from the 1970s and August must figure out how to help her. This is also available as an ebook and eaudiobook.

The Lady’s Guide to Celestial Mechanics by Olivia Waite

Countess Catherine St. Day needs a groundbreaking French astronomy text translated. When the recently heartbroken Lucy Muchelney shows up at her door offering to translate, the Countess takes her in. But the two women soon learn that both of them may be interested in more than just the astronomy text.

Grace Porter celebrates getting her astronomy PhD by going to Las Vegas. Only the party got wild and she wakes up married to a woman whose name she doesn’t know. Feeling unfulfilled with her current life, she decides to spend the summer getting to know her new wife. This is also available as an ebook.

With rockstar parents, Luc is in the public eye whether he wants to be or not, even as an adult. But he needs to clean up his image and lawyer Oliver is about as nice and normal as they come. As the two fake date and smile for the paparazzi, the fake relationship starts feeling real. This is also available as an ebook.

The Soldier’s Scoundrel by Cat Sebastian

Jack grew up in the London slums and turned to crime to survive. Aristocratic Oliver is war-weary and just wants a quiet predictable life. But when the two meet they can’t deny the pull they have towards each other.

Firefighter Lincoln promised his late best friend that he wouldn’t go near his little brother, Jacob. But when Jacob joins Lincoln’s firefighting squad, they can’t ignore the sparks that fly between them.

The Love Study by Kris Ripper

Declan is afraid of commitment. Popular nonbinary Youtuber Sydney has a show called the “Love Study” where they set people up on blind dates and see how they go. Declan decides to face his commitment fears by going on the show. But maybe his dates aren’t going well because, as the viewers suspect, actually attracted to Sydney?This is also available as an eaudiobook.