10 Reads to Cozy Up With this Winter 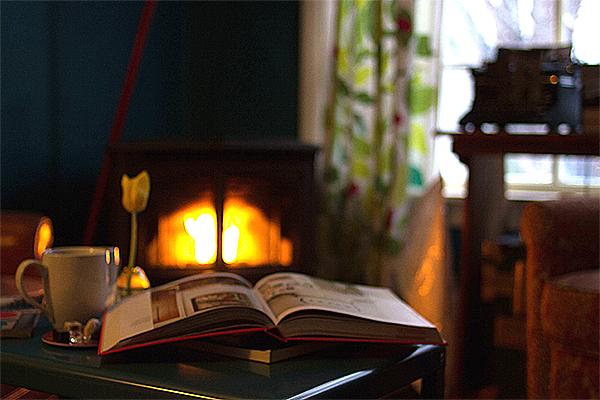 The weather outside is frightful, but these books are so delightful! Wintertime is a perfect excuse to stay inside by the fire or under a blanket and read a great book. From books to make you feel warm and fuzzy to engrossing reads that make you forget about the cold, take a look at these 10 book picks to keep you entertained!

A Cup of Holiday Fear by Ellie Alexander

Julie and the staff at her bakeshop are as busy as ever for the holiday season. But when a guest at the local Christmas celebration turns up dead, amateur sleuth Julie steps up to solve the case. This is part of the Bakeshop Mystery series but this book can be read as a standalone book.

A group of senior friends in a quiet retirement village meet every Thursday to talk about unsolved crimes. When a murder happens locally they are determined to help solve it. This is the first book in a series. This is also available as an ebook.

A woman escapes a shack in the woods, but the nightmare she was fleeing from doesn’t stop. She says her name is Lena, who disappeared 14 years ago, but her family insists she’s not their Lena. Something isn’t adding up, and the little girl who escaped with Lena knows more than she’s telling. This is also available as an ebook and eaudiobook

Widowed nurse Abigail and her young son get a fresh start in the town of Silver Bells. When she is hired to care for a friend’s grandmother, she gets roped into preparing for the town Christmas fundraiser and gets closer to her client’s attractive but grumpy grandson, Ethan, in the process. Great for hallmark romance movie lovers.

Three years ago, wedding planner Carolina was left at the altar. Now she has the opportunity of a lifetime, but she has to work with her ex-fiance’s brother and former best man, Max. And he was responsible for her disastrous wedding! As they work together, they start to realize there are some pretty big sparks flying between them, and it has nothing to do with hate. This is also available as an ebook.

There will be an eclipse on the winter solstice, something the sun priests of Tova say will cause an unbalance in the world. Captain Xiala, who can influence the sea and the hearts of men, is hired to sail to Tova with a “harmless” passenger, set to arrive on the solstice. And so the wheels of fate and magic start to turn… This is the first book in a series. This is also available as an eaudiobook.

The City We Became by N.K. Jemisin

Every great city has a soul. New York has 6. When a man with no memory crosses a bridge into New York City, he realizes he can feel the history, magic and heartbeat of the city. He isn’t the only one either. When something threatens the city, New York’s 6 avatars must stop the threat.

This is also available as an ebook.

The House in the Cerulean Sea by T.J. Klune

Linus Baker, case worker for the Department of Magical Youth, is sent to an orphanage in order to determine if 6 powerful children are going to cause the end of the world. This is also available as an ebook and eaudiobook.

Dirt: Adventures in Lyon, as a Chef in Training, Father, and Sleuth Looking for the Secret of French Cooking by Bill Buford

Italian cuisine chef Bill Buford decides to learn French cuisine. In order to master the art, he moves himself, his wife, and his two twin boys to Lyon, France. Despite not speaking the language, he is determined to learn, and recounts his antics and adventures in this book.

The Dead Are Arising: The Life of Malcolm X by Les Payne

This award winning biography of Malcolm X was put together over the course of 30 years, using dozens of interviews with family members, cellmates, law enforcement, political leaders, and others to give an unprecedented look at the life of the civil rights leader. This is also available as an ebook and eaudiobook.